Last night, my son Camden’s scout troop had their Pinewood Derby. It’s an annual event where scouts get together and race cars they’ve made against each other. The cars have to follow specific weight and size requirements and the kids can decorate them however they like.

There were 12 scouts competing in last night’s event. Each scout participated in four heats comprised of four scouts from different scout ranks (Bobcat, Tiger, Wolf, Bear and Webelo). At the end of the night, the scouts with the fastest total times for each rank, win.

The setup for the races was pretty cool. They had a big projection screen behind the track showing the results after each race. 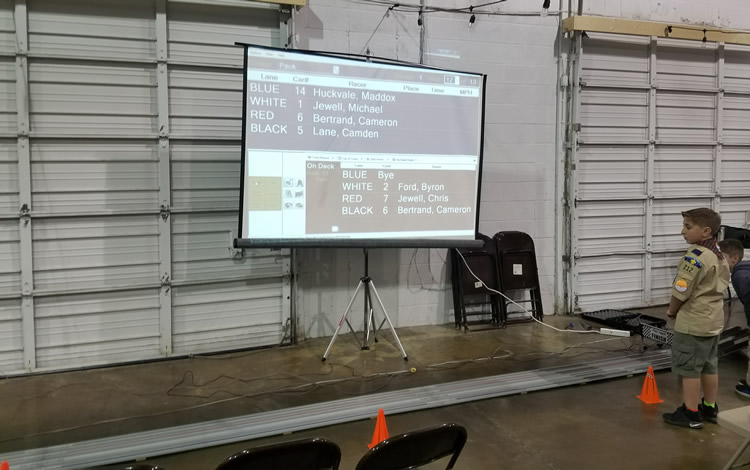 You can see that they had a projection screen next to the track that showed the results from the previous race. 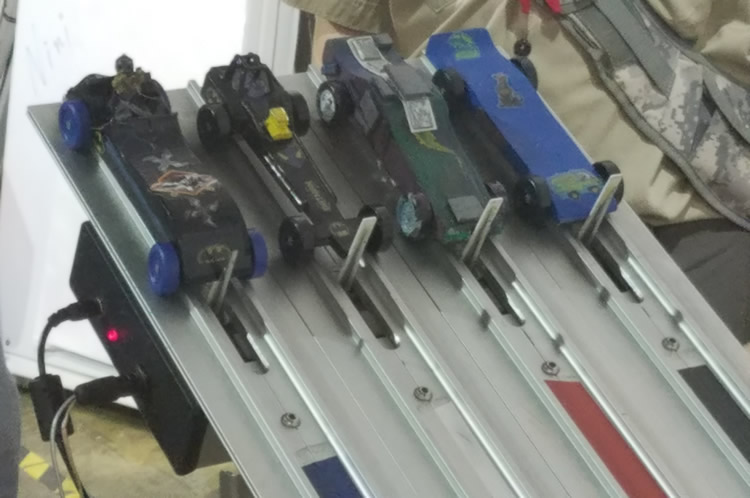 At the beginning of each race, the scouts put their cars in their assigned lanes. 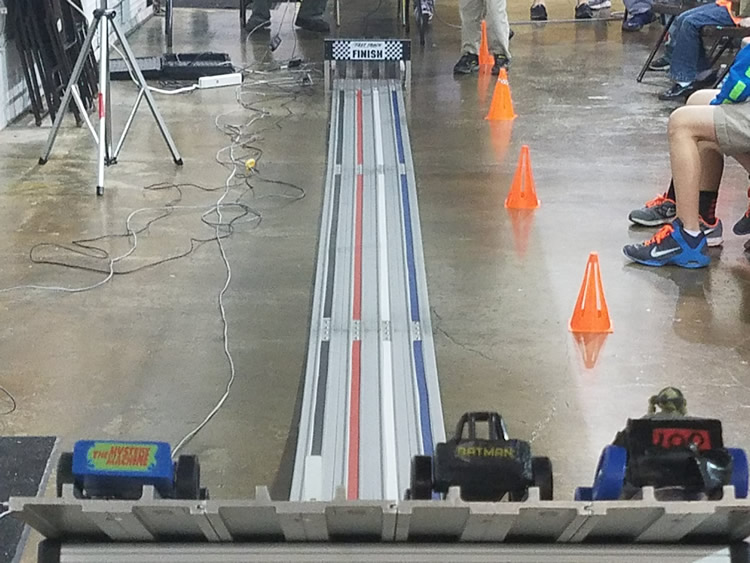 Here’s the view from the Start line.

In Camden’s four races, he had the fastest time twice and second fastest in two others. His car seemed to slow down as the night went on. I think his excitement did too as he was worried he wouldn’t have one of the fastest cars.

After all the heats were finished, they showed the final times and Camden finished second in his rank. 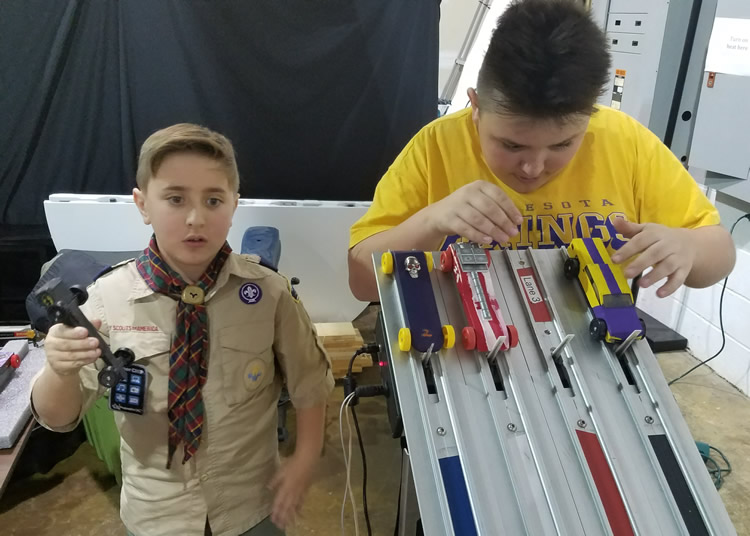 My oldest, Ethan, waited all night for the chance to race his car in a sibling race. You can see his intensity as he makes sure his car is placed just right on the track.

At the end of the night, they gave out awards to all the scouts and siblings that participated in the races. In addition to Camden’s second place trophy, Maddie won “Best in Show” for her car and both her and Ethan got medals for participating in the sibling race. 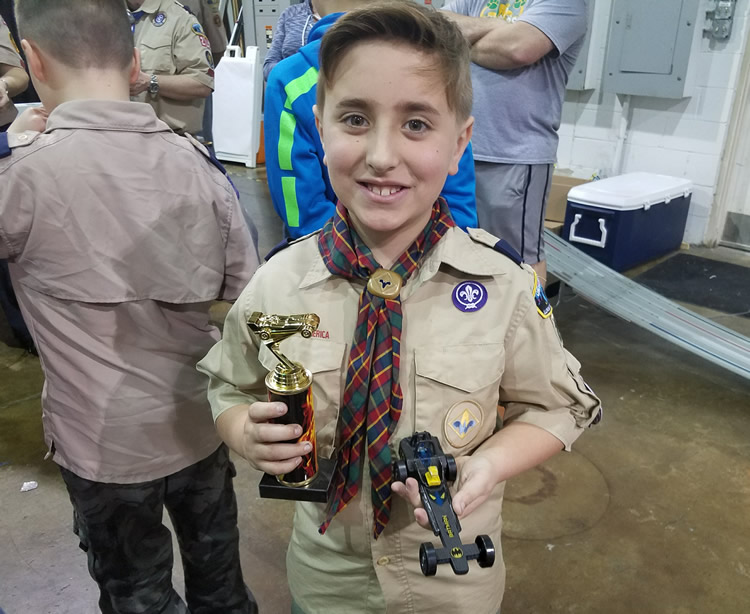 Camden proudly shows off his car and trophy. 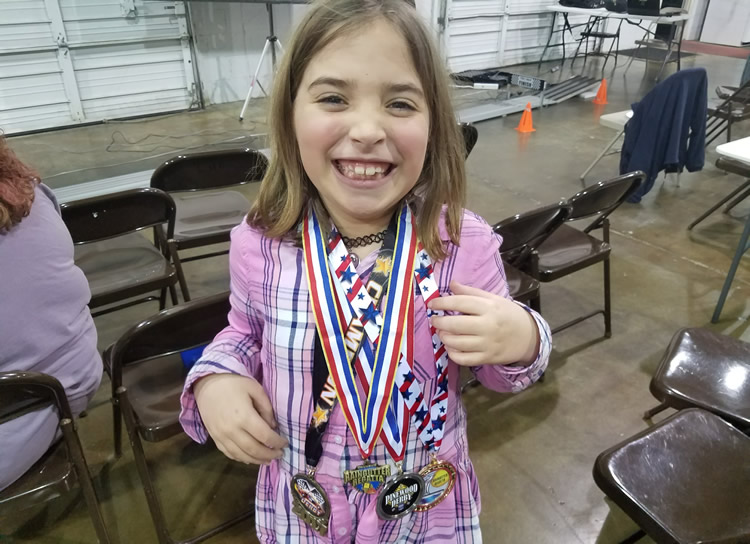 Maddie ended up getting two medals on the night and they gave her some medals for her participation in a previous sibling event. She reminded me of the Michael Phelps Sports Illustrated cover where he was wearing all of his Olympic medals. Pretty similar, right?

It ended up being a fun night. I enjoy watching my kids compete. Between my two sons, we’ve participated in 7 Pinewood Derbys over the years. Sadly, it was our last Pinewood Derby because Camden is moving up to Boy Scouts next year.

The good news for us is that other fun activities always seem to pop up.