A couple of weeks ago, I wrote about my family’s Spring Break trip to Chicago. During that trip, we visited the LEGO store and I bought the LEGO Batman Classic Batcave set. I had been wanting to buy it ever since it came out but couldn’t pull the trigger because of the price tag. At $269.99, it’s the most expensive LEGO set I’ve ever purchased, ahead of my The Simpsons House (#71006) and The Kwik-E-Mart (#71016) sets.

When we were in the LEGO store in Chicago, I found myself coming back to look at the Batcave set over and over again. On my second trip into the store, I decided I had to have it. Fortunately, I was able to use some LEGO VIP points I had been saving. Paying Chicago sales tax sucked but it was still worth it. The LEGO store offered to ship the box to me at home but I declined. There’s something about walking out of the store with a prized LEGO purchase. My youngest son got the Jokerland set (#76035). You can see him build it here.

The box sat in my basement for over a week because I had planned on filming the build (to post here) and I couldn’t get motivated to deal with setting everything up. I ended up recording the first hour of the build but decided to scrap the idea because it was becoming too big of a production. Once I decided not to film, it removed all the pressure and I got to enjoy building the set.

Here’s a quick overview of the build: 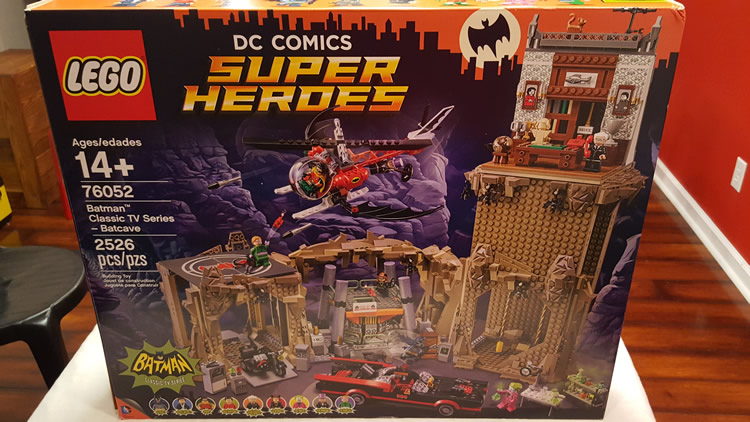 Look at that awesome box. How could I NOT buy it? It was a pain to carry around Chicago but it was worth it in the end. 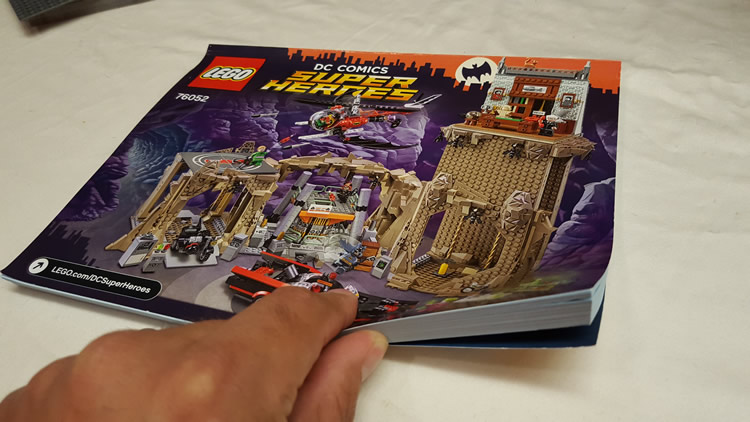 Look at the thickness of the instructions book. It’s 287 pages long! With a set this big and complicated, it’s pretty easy to lose track of exactly what step you’re on and make a mistake. My mistakes were typically related to picking the wrong color brick and then having to go back and replace it. In one spot, I used the wrong color base plate and had to spend 30 minutes fixing it. 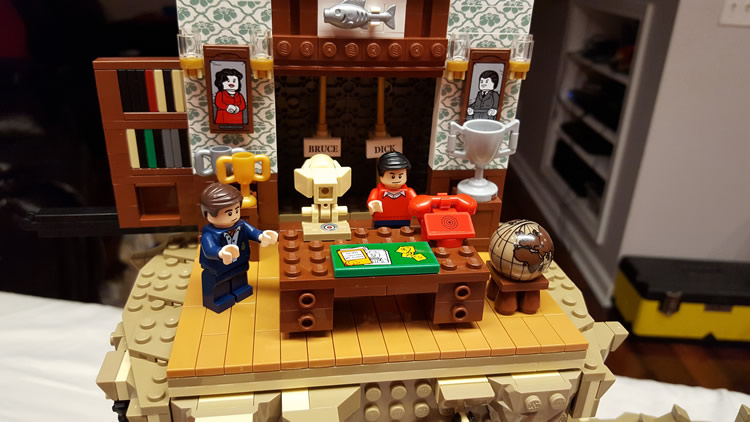 Here’s the only room from inside Wayne Manor, Bruce Wayne’s study. Note the two poles in the background behind the secret bookshelf to gain access to the Batcave. You’ll also notice the button under the statue’s head that opens the secret door. I think the red phone, the pictures of Bruce’s parents, the trophies, the mounted fish and the globe are all really nice details. 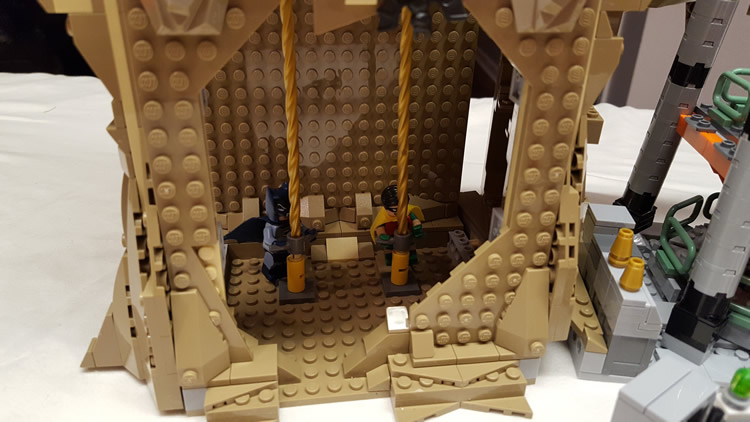 This is where Batman and Robin enter the Batcave from the study. I want to point out that the poles pictured above behind the secret bookcase door don’t actually connect to what’s pictured here. There is a little stand where you could place Batman and Robin and it gives the impression that Bruce Wayne/Dick Grayson turn into Batman and Robin just like in the old TV show. 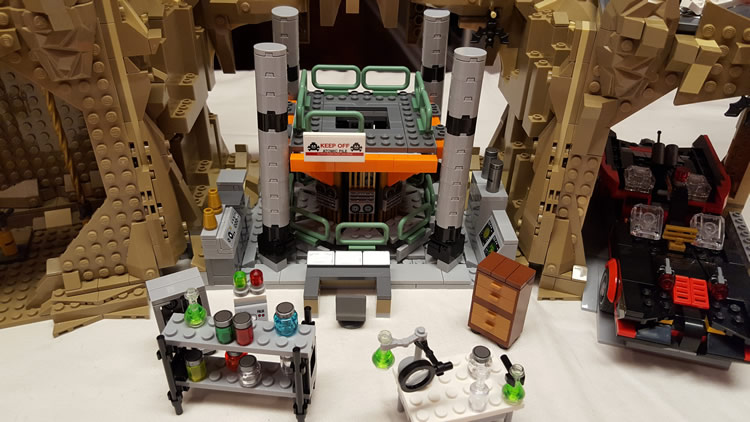 The heart of the Batcave is the Atomic Pile. I guess this powers the Batcave. Notice the surrounding computers and equipment. I love the little “True/False” machine. It’s the one with the red and green light on top of it. There’s also a computer desk/chair (the displays are hidden by my camera flash), a file cabinet and tables with various “chemical”-filled containers on them. 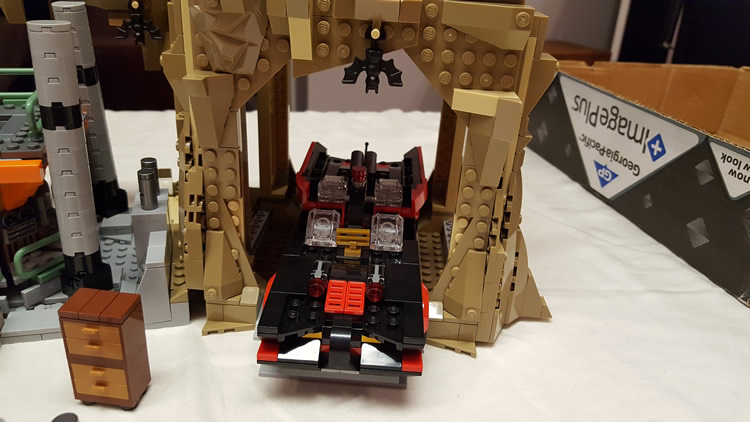 Here’s the parking spot for the Batmobile. Notice the upside-down hanging bats at the top. Like a goofball, I forgot to take a picture of the helipad directly above the parking area. Fortunately, you can see it in the pictures below. 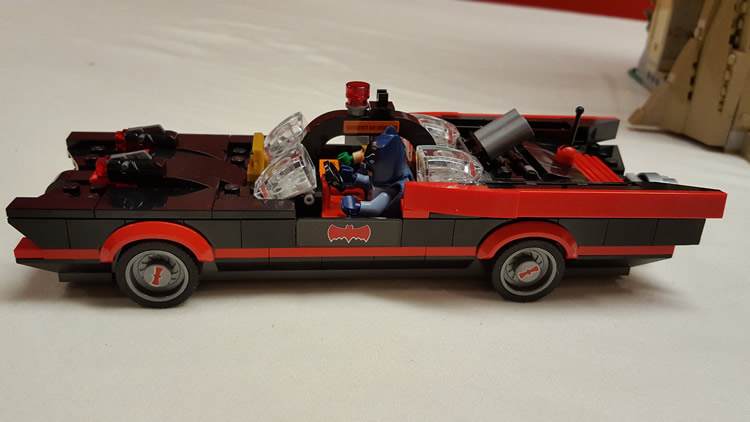 My favorite part of the whole set is the Batmobile! It looks just like the iconic car from the TV series. 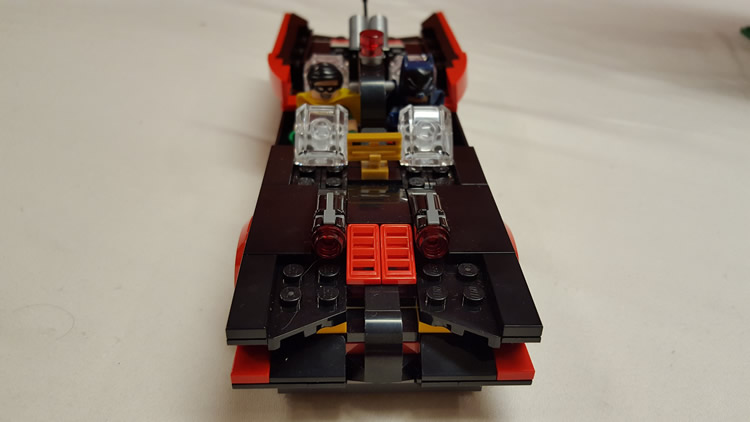 The front view of the Batmobile. 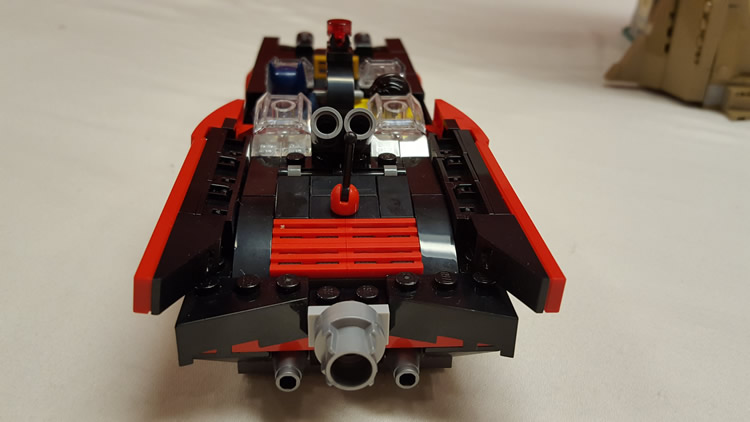 The view of the back of the Batmobile. 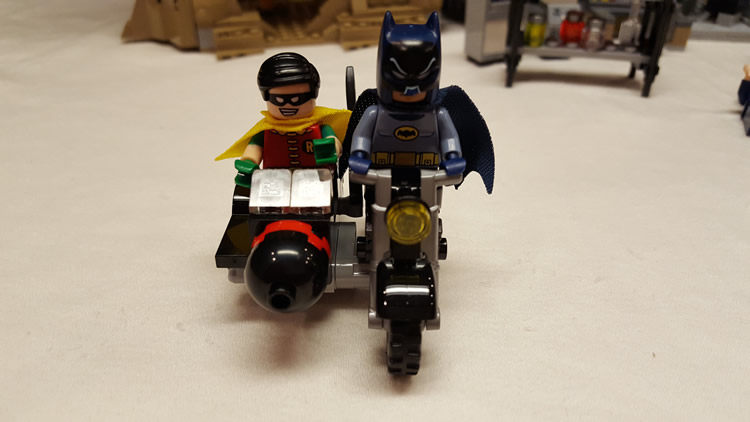 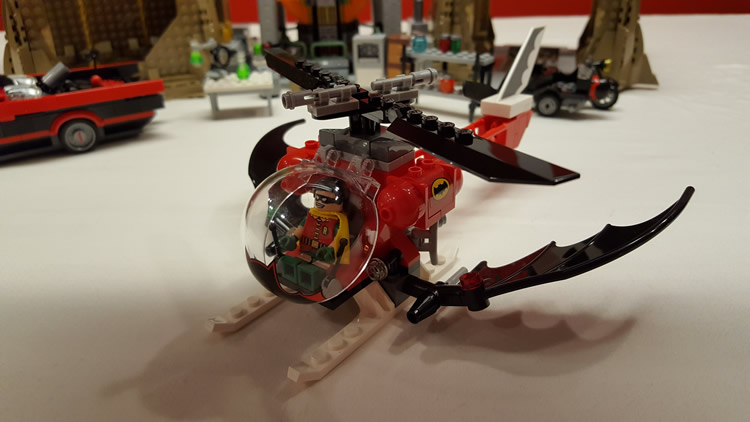 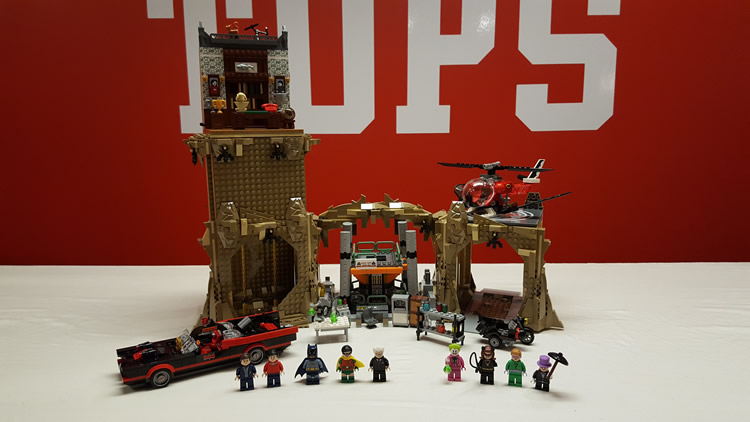 The view of the entire set from the Batcave perspective. NOTE: If you choose, you can configure the set so that the study/entrance to the Batcave is on the right and the parking area/helipad are on the left. 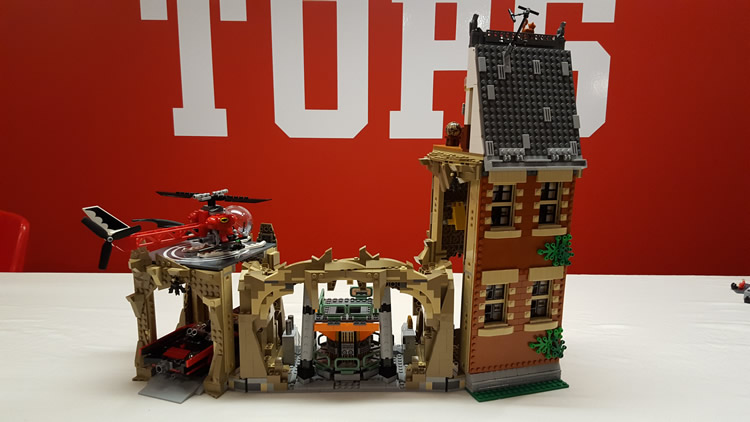 The front view of the whole set. 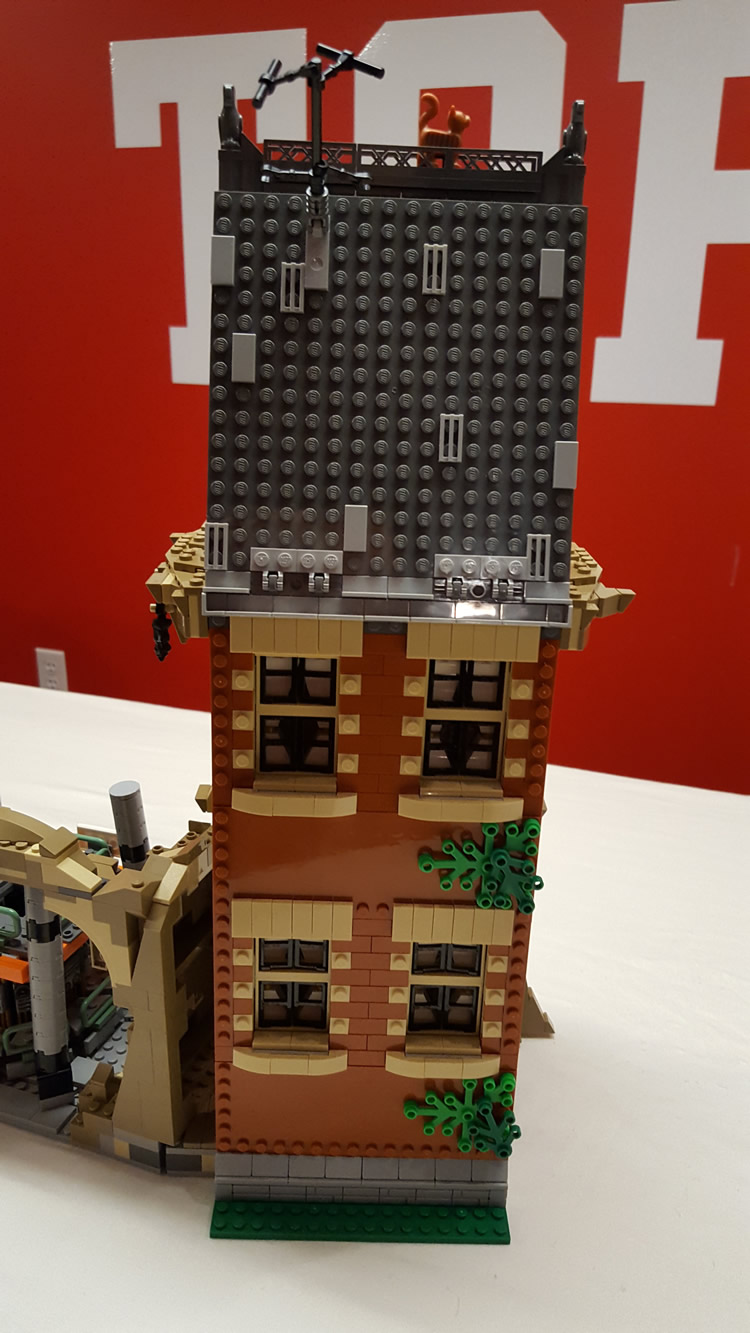 The detailed front view of Wayne Manor. Notice the cat on the roof. It’s little details like this that make this set so wonderful. 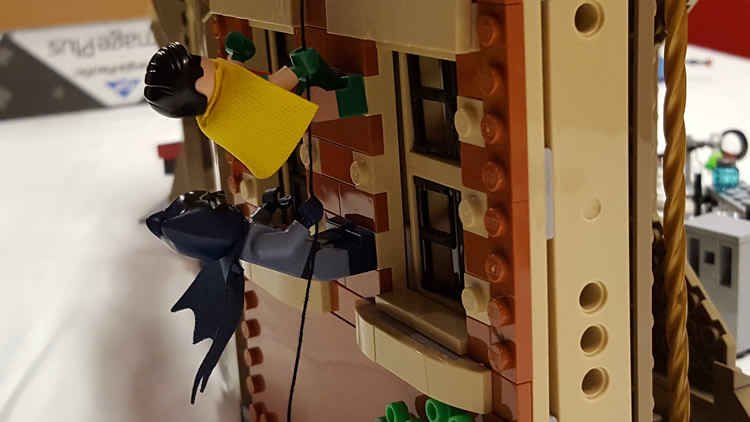 If you’re a fan of the old TV show, Batman and Robin were always climbing the side of buildings and various celebrities would pop their heads out and talk to them. I thought it would be cool to recreate with this LEGO set.

The set comes with 9 awesome minifigs. It’s 10 if you count the free Mr. Freeze minifig I got when I purchased the set. I love the details in their faces and costumes. 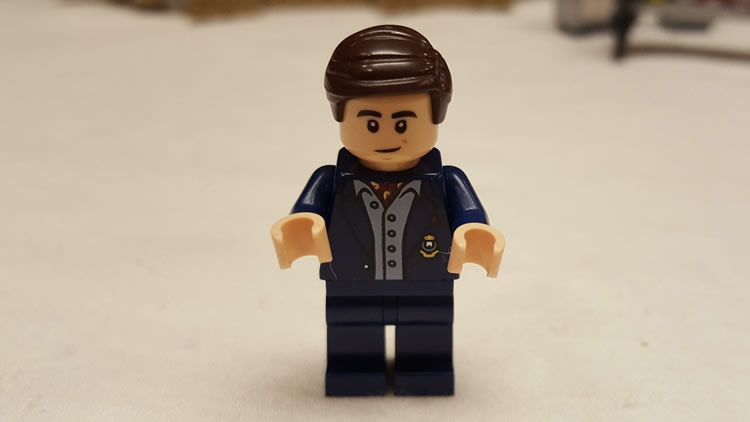 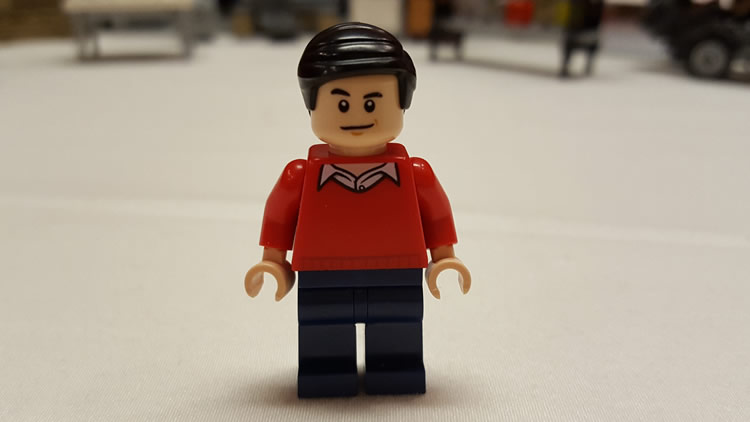 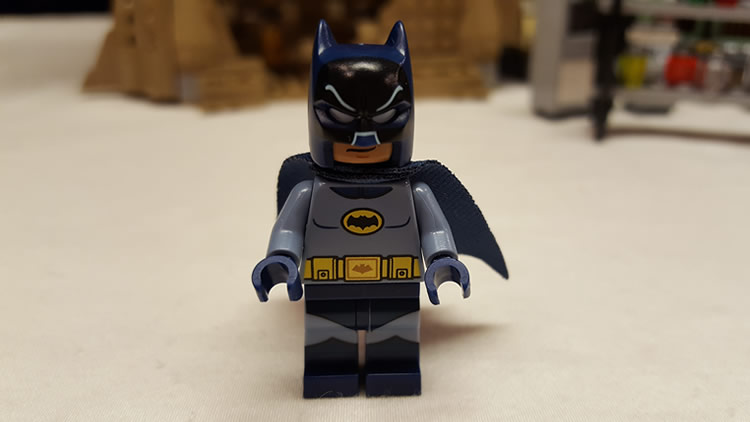 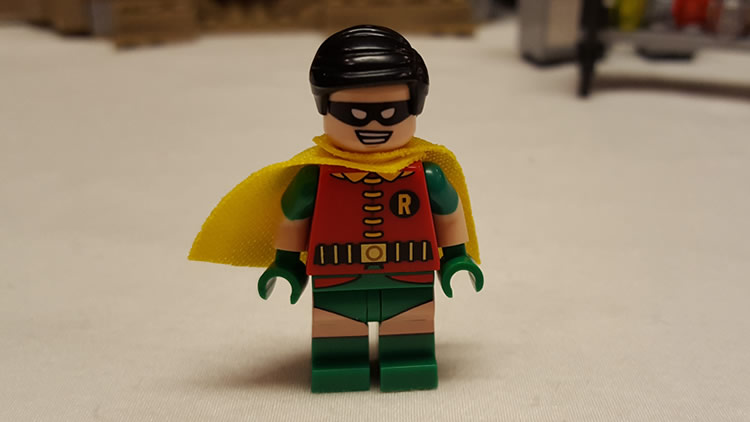 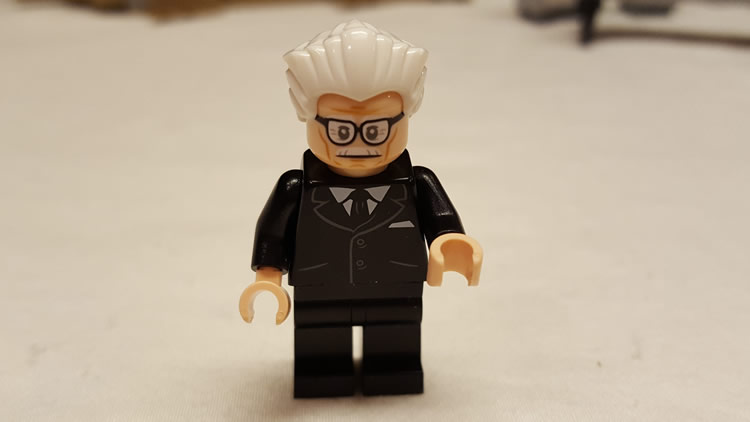 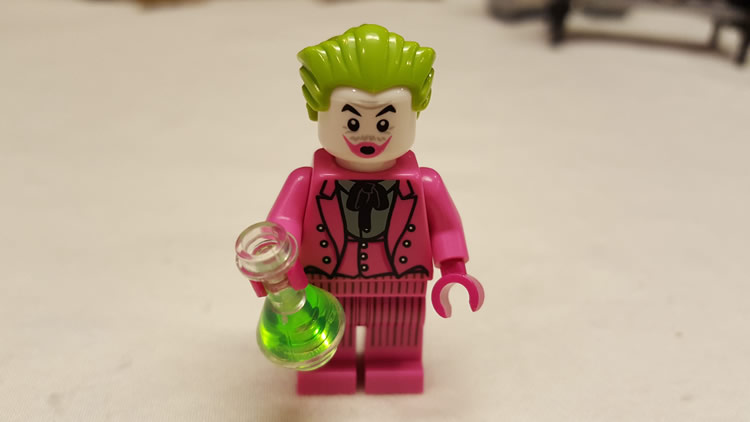 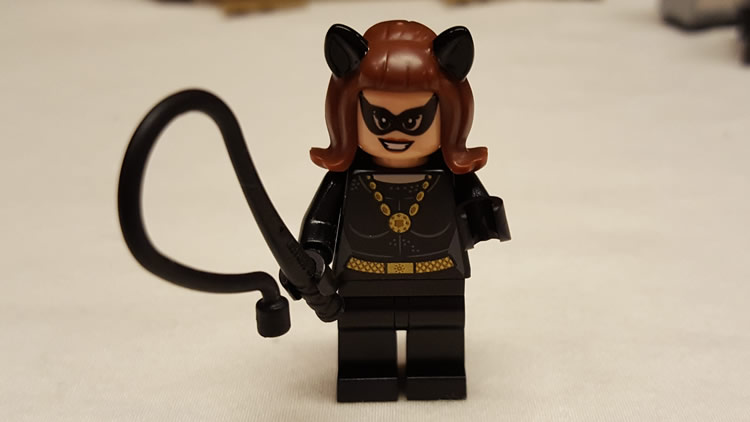 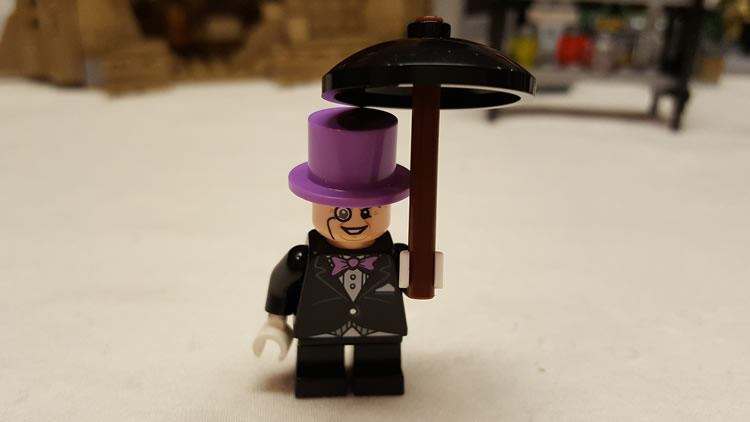 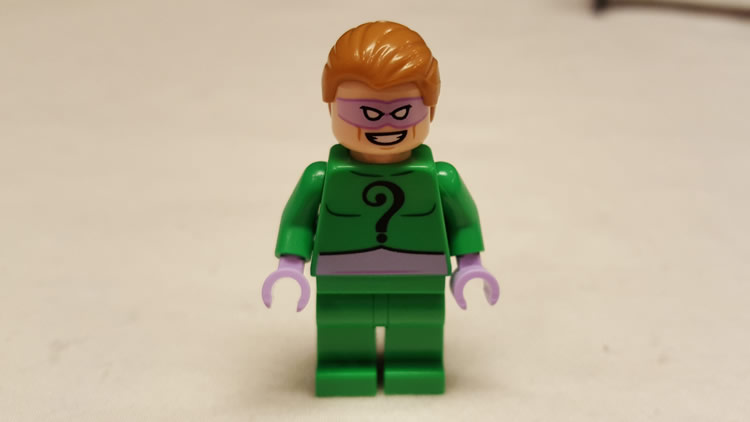 Here are my quick thoughts on the set’s pros and cons:

Overall, I really enjoyed building this set and it’s now proudly displayed on my LEGO shelf in my office.