Yesterday, I had an idea to create a Nintendo controller out of LEGO bricks. I was a child in the 80’s and I still have a fondness for Nintendo. I even built a huge NES coffee table that’s sitting in my basement. 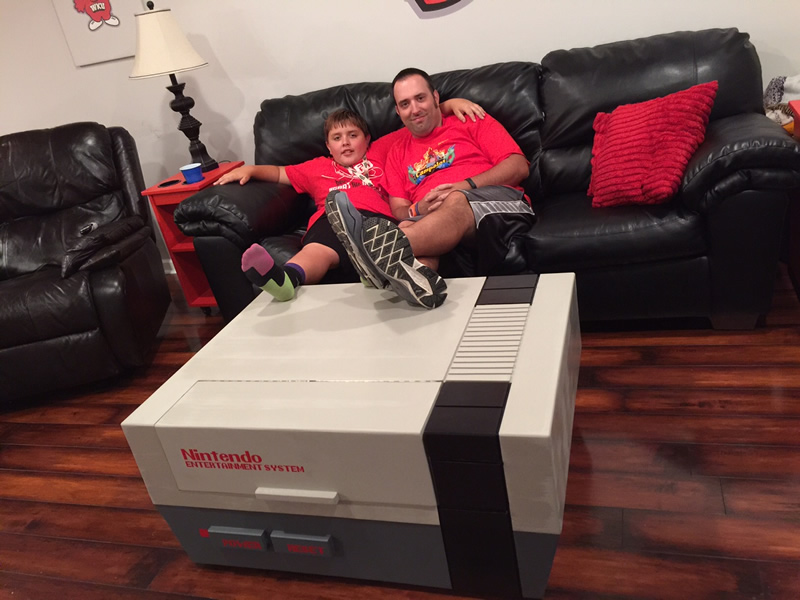 Here’s a photo of my son and I posing with my Nintendo table. I saw something similar online and decided to build one for myself. You can see more photos and details here.

The problem was that I didn’t have any specific plans. I know LEGO has LEGO Digital Designer for creating free-style projects but instead I sat down and started going through our boxes of LEGO bricks looking for light gray, dark gray, black bricks and circular red bricks for the buttons (that was my biggest concern).

The build ended up taking a good portion of the afternoon. I found pieces that I thought would work and then started attaching them together. Half of the project was finding the 1×1 and 1×3 bricks. Once I finished the top of the controller, I went back and added thicker bricks for stability. Thankfully, two of my kids ended up helping me look for some of the pieces.

The final piece ended up being 10″ wide by 5″ tall and 1″ thick. Below are some photos of the finished project. I’m extremely happy with how it turned out and will be proudly displaying it in my office along with my LEGO collection. 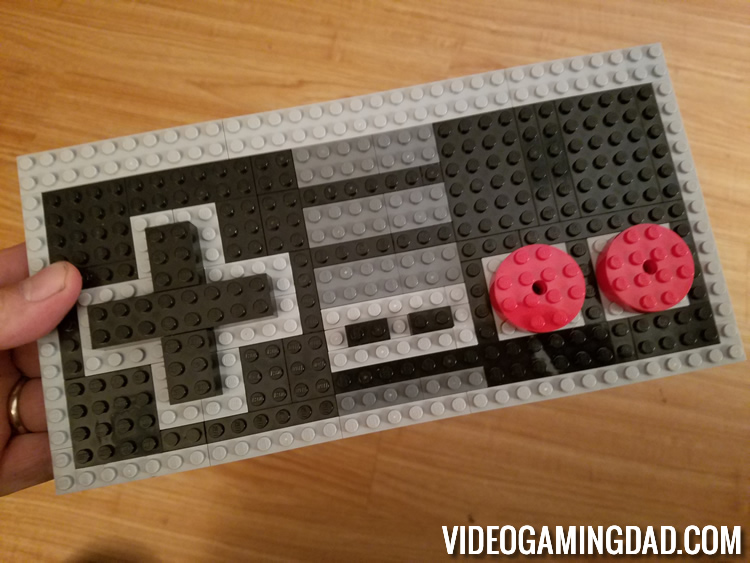 Here’s the fully finished piece. The spacing isn’t quite as nice as I would have liked but I was free-styling it. I tried to work with the pieces I could find. I guess if I really wanted, I could go back and replace some of the smaller pieces with larger pieces so there wouldn’t be so many lines. 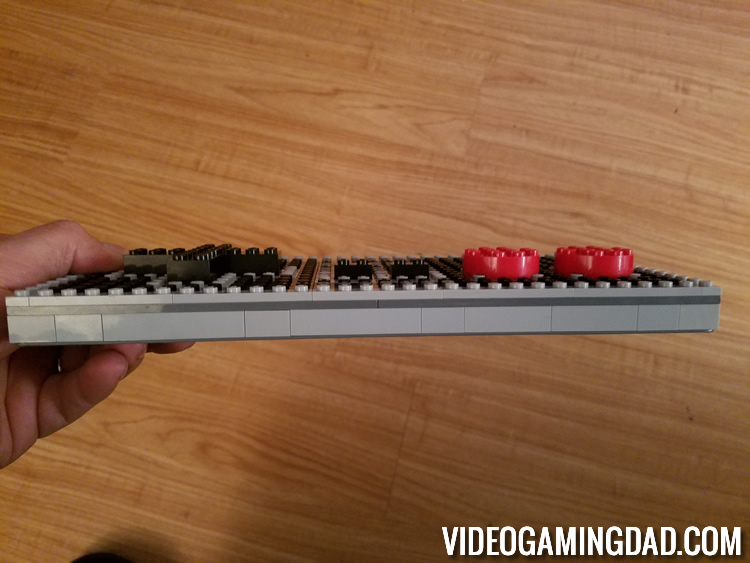 Here’s a view from the bottom that shows how thick the controller turned out. I originally planned on making it flat and then decided to add some depth so it would be more like an actual NES controller. 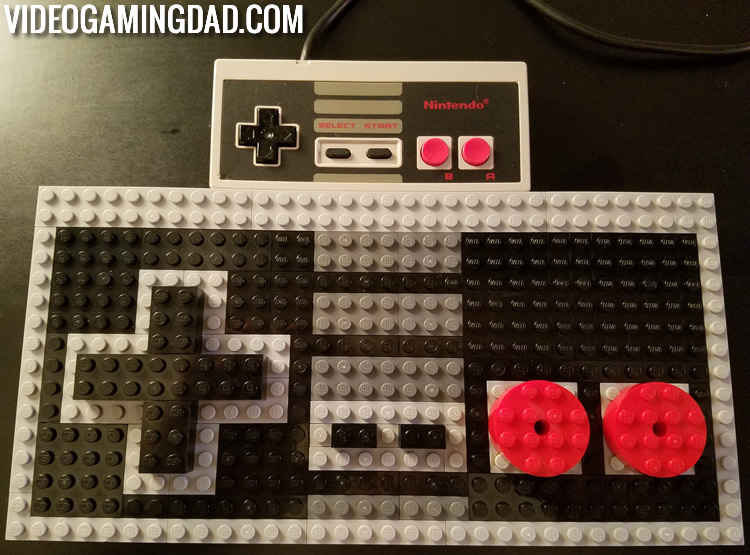 I thought for good measure I would include a picture of an actual NES controller. It’s too bad I couldn’t somehow add lettering to my controller but I’m pretty sure most people would know what it is.